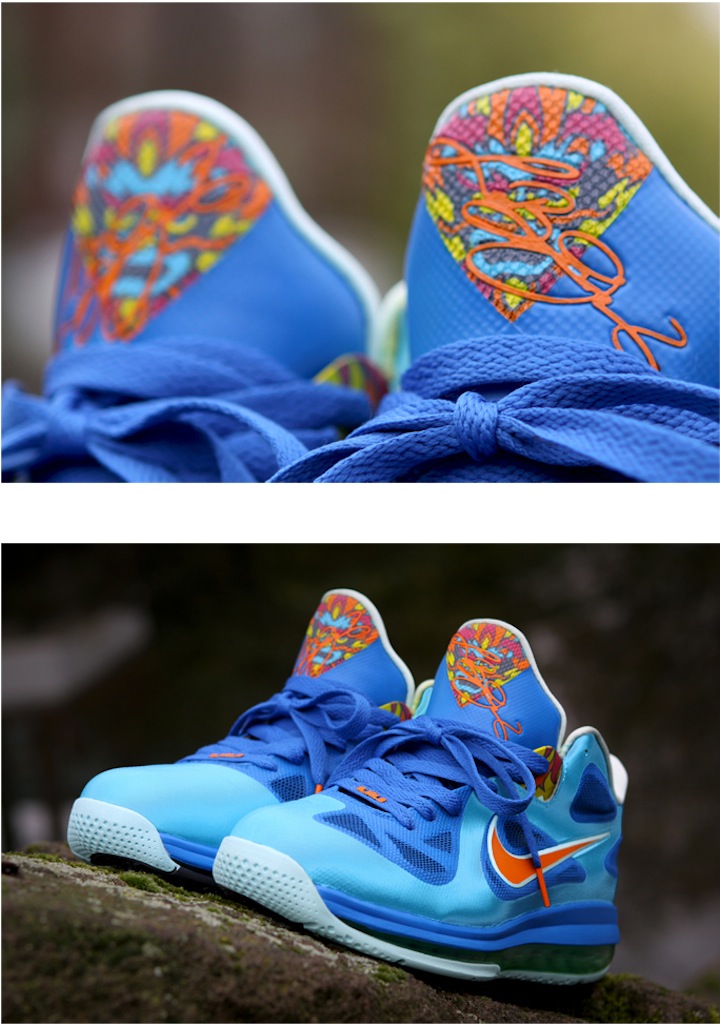 One color swap idea too many leads to another? Sneaker customizer by the name of Kurtzastan intended to make a ever so popular South Beach themed custom sneaker on this previously “Easter” colorway Nike Lebron 9 but had seen enough. Instead he decided to recreate a lesser seen colorway of the Lebron 9 high’s official release, the blue and orange “China” version. The entire upper was changed from a turqouise to crystal blue with details of an orange Swoosh and the Year of the Dragon graphics recreated on the tongue tags.