Being the only NFL team in the Pacific Northwest region of the US the Seattle Seahawks have a stronghold of fans across Oregon, Idaho, Montana, Wyoming, and Alaska. The Seahawks appeared in their first Super Bowl in 2005 after being an expansion team in 1976. Now 37 years after their first year they are once again in the big game. The custom sneaker scene has a strong showing of Seattle Seahawks customizations from Chuck Taylors to Nike cleats worn by Seattle in the actual game.

All kinds of kicks are covered by EyeKandy Studios from Converse All Star Chuck Taylors to Skechers(yes lol.) to the classic Nike Air Force 1s. 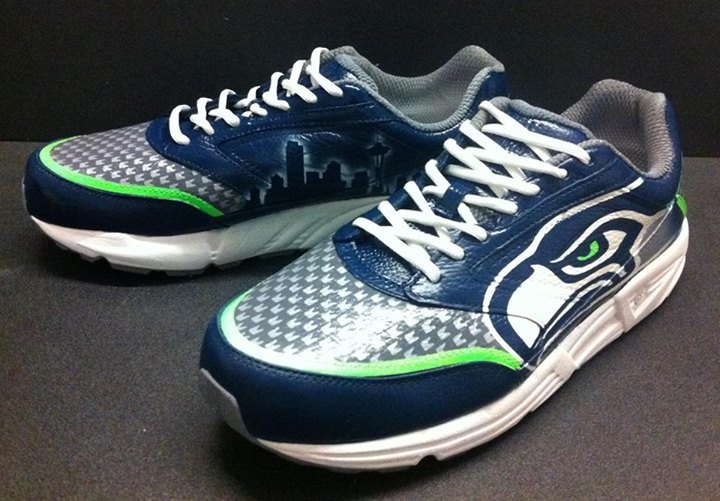 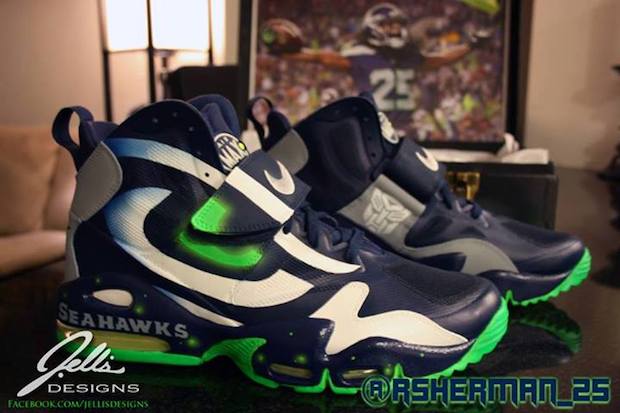 Vans customs by Cus the Artist of Seattle, Washington featuring Seahawks logos and players Russell Wilson and Marshawn Lynch Another Seattle based customizer emmanueLabor brought the look of the Air Jordan XII PE cleats worn by Earl Thomas to the XII low with a combo of navy, lime green, and white. The Air Jordan III Seahawks by Mache Customs going the route of the Seahawks helmet and jerseys adding their feather pattern across the upper against a navy blue background with lime green accents. Soles by Sir actually outfitted Seattle Seahawks players with cleats Customs in Game through the season and playoffs, and Super Bowl.