One of the charter members of the AFL, the Denver Broncos have had a much more successful record in the last 15+ years than that of their time in the AFL and early NFL years. A team most known for their former quarterback and current Vice President John Elway, and his Super Bowl wins in the late 1990sm has been brought back to elite status in the NFL thanks to the future hall of famer Peyton Manning. Based on the surrounding states the Denver Bronco’s core fan base probably makes up a good portion of the surrounding states. To celebrate their appearance in Super Bowl XLVIII we compiled some of the best customizations to take on the Denver Broncos theme. The theme isn’t one that’s overdone but with a win in this big game that could change.

Nike KD VI with Peyton Manning images and #18 by JPCustomKicks 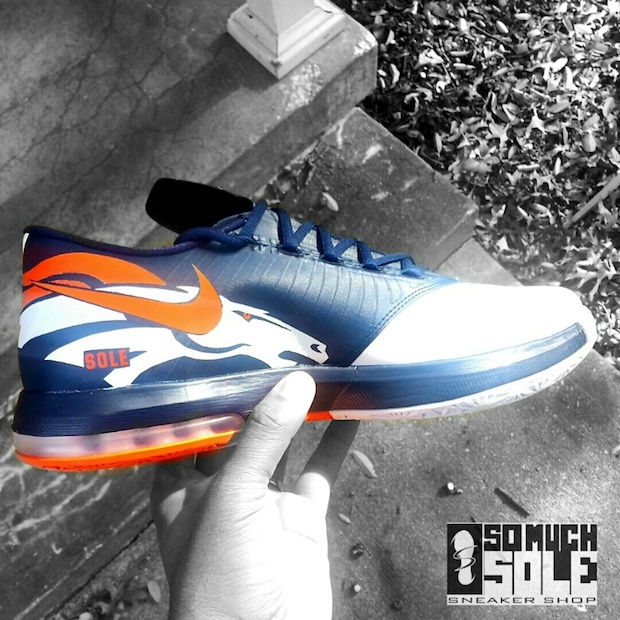 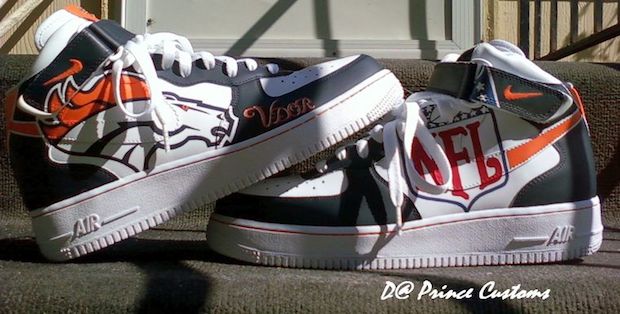