The work from Elom Bowman of Ecentrick Shoe Artistry fits two of our main loves when it comes to custom shoes. You should know what we love by now: Simplicity and distinct style. Born in Oxford, England but raised in Philadelphia, Pennsylvania Elom Bowman caught our attention after he entered our second custom contest with a pair of custom Air Force 1s he titled “Slowly Regaining Consciousness”. The pair had a very personal meaning behind the concept, the cool thing was that the design was relatively basic but fit his explanation to a tee. Ever since then we’ve been following Ecentrik and a post is long overdue. Here is a look at his custom “Letters” Nike Dunk high. He took great advantage of using the base Nike Dunk that already had the splattered yellow and black midsole. Most of his work could easily have been done three or four years ago but he is doing it well right now so we are intrigued. 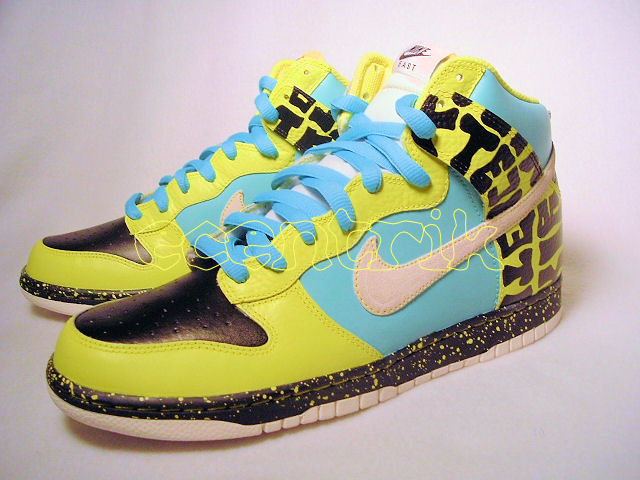 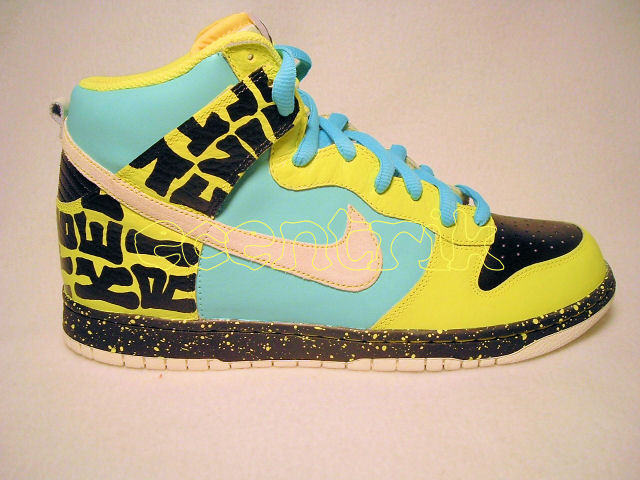